home / News & events / News / There Be Pirates Over There…

There Be Pirates Over There…

Derby Grammar Junior School treated family and friends to an end of year show that was full of funny jokes, great acting and superb singing. After weeks of practice, The Pirates of the Curry Bean was delivered with polish and pizazz.

Traditionally considered the finale of the Year 6 pupils, this year was no exception. Year 6 pupils took the lead roles, and how impressed we were with each and every one of them! And they were supported by the rest of the Junior School who completed the cast, from rats and monkeys, to pirates and ships crew.

See the pictures from the show 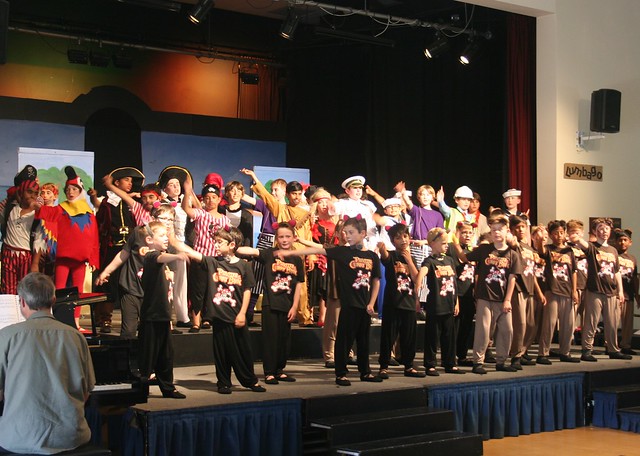